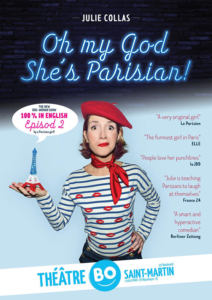 The comedy show in English in Paris!

Watch out! Julie is back with a new episode of her comedy show in English « Oh My God She’s Parisian »! It’s the only stand-up comedy in Paris performed entirely in English by a Parisian woman… Because only a real Parisian can tell you about the city of Paris as Julie knows it. The show has already been seen by more than 20.000 spectators from 38 different nationalities in only 2 years existence!
In her new show, Julie tells the story of the « new post-covid  » Paris where so many things have changed: Laughter is guaranteed when Julie tells you about the legendary negative mood of Parisians, the new bicycle traffic jams like in Amsterdam, the new giant café terraces, the « supposed » social distance in the metro and so many other things you can only know if you are a real Parisian.
The improvisation with the audience, the mimes and her songs about Paris make each show unique. 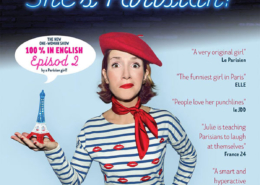 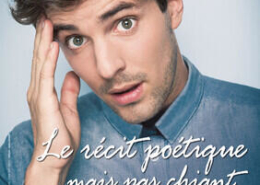 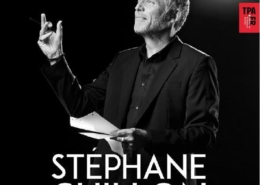 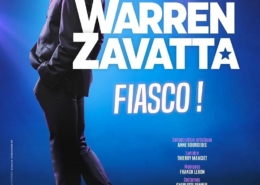